With the upcoming new RetroArch version, it will be possible to use your fingers as a lightgun on iOS and Android. Not only that, but it supports multi-touch too! (iPhone XS Max shown in this video)

What you see here in this video is a demonstration of all the cores that include support for this new feature. The device being used here is an iPhone XS Max, and it’s plenty powerful enough to even run the likes of Mednafen/Beetle Saturn!

So without further ado, upstream versions of Play!, the PlayStation2 emulator, are finally rolling out on the buildbot today!

Currently, the core is available and has been confirmed to run on: 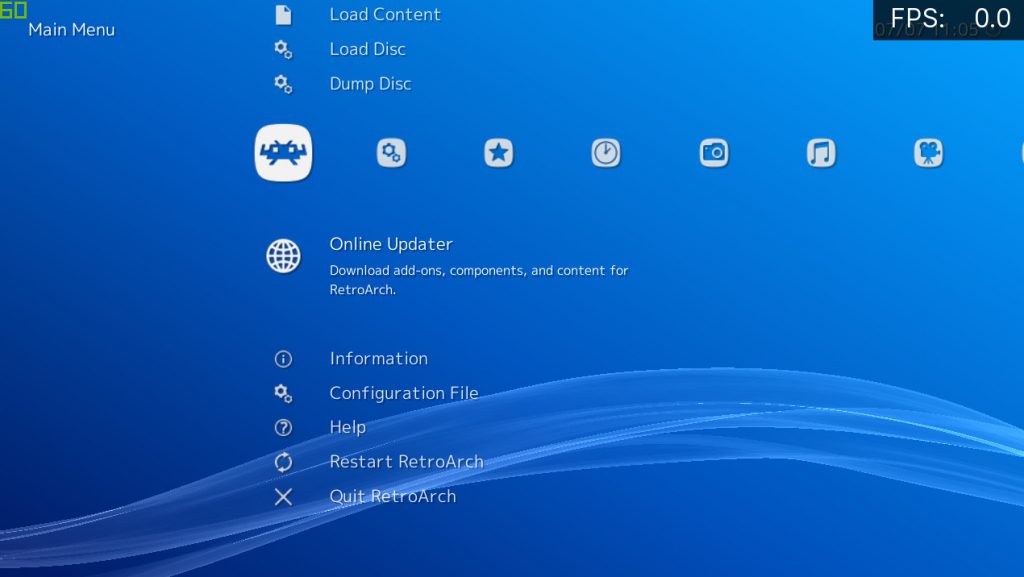 Inside the main menu, go to ‘Online Updater’.

You might want to make sure first you have the latest info files by selecting ‘Update Core Info Files’ first.

From here, go to Core Updater.

Scroll down until you have found ‘Sony – PlayStation 2 (Play!)’. Download it. Go back to ‘Load Core’, and load it. Now go load a backup image file with it.

NOTE: Play! does not require any BIOS for you to dump, it uses its own HLE (High Level Emulation) BIOS.

Play! is a Work In Progress PlayStation2 emulator. Thanks to the great efforts of Zer0xFF, who took three days out of his busy schedule to port the emulator to the libretro API, we can start rolling out this emulator to our buildbot soon!

It must be stressed that Play! is a Work In Progress PS2 emulator, and we mean that literally. Don’t expect every game to run perfectly, far from it. However, it has a solid foundation and already has working dynamic recompilers for all the popular architectures, its value which cannot be understated. The libretro core also already has working savestate support.

This core will require OpenGL on the desktop and OpenGL ES3 on mobile devices.

Your system should currently be as powerful as possible in order to get the best possible results. As time improves, system requirements will probably reduce.

Game compatibility is entirely dependent on the state of the upstream #Play! emulator. So as Play! improves, so too will the libretro core!

#Libretro is currently a Patreon backer of the Play! project, and we are very grateful to Zer0xFF from the Play! project for getting this port up and running in less than 3 days! Good open source PlayStation2 emulation deserves to get more funding, and we are happy to do our part. We hope you will as well!