In this blog post, let’s talk some more about new cores 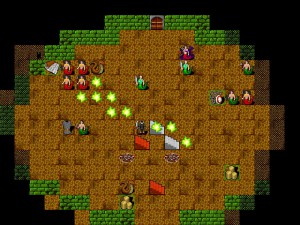 Meancoot made this libretro port a year ago or so but it was never really in a shippable state until now. I’ve rebased the port and I’ve made sure changes from upstream can be easily pulled in.

So what is it? It’s an old-school dungeon crawler in the vein of Rogue and Nethack. The game is meant to be played in single-player mode and is originally played with the keyboard (you can even use vim bindings). Quite popular, and the libretro port supports the tile-based graphics that make the game somewhat more graphically appealing.

– Should work on iOS, Android (not tested yet) and PC.

– Has rudimentary RetroPad joypad controls (not recommended though), and working touch controls. Also has RetroKeyboard and RetroMouse support.

– Save states in the libretro sense are not ‘implemented’ but it supports the game’s basic ‘saving’ routines so it should work the same as the standalone version in that respect.

– Meancoot originally added a Libretro GL-based render path which could result in some even better performance on platforms where GL is supported. Right now the current version is using software rendering which is still fast enough for our needs.

– Problem with the upstream Dungeon Crawler codebase is that they have been ‘upgrading’ to C++11 and as a result it will no longer compile on older compilers/systems where C++11 support can not be taken for granted. I’m undecided as to whether I should add hacks to the current shallow fork so that it can also compile as C++98 or whether I should just keep maintaining the year-old previous port by meancoot which should still be C++98-compliant. We will see. I’d definitely like to see this core running on older systems since it’s such a graphically low-key game anyway. 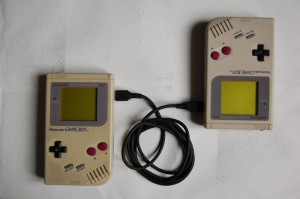 This is a Game Boy/Game Boy Color emulator made by a Japanese developer. It dates back to 2001. It has been around as a libretro core for some time but only recently have some very important things been added to it.

For instance, it now has split-screen multiplayer support. This means that you can play GB Link games on the same screen with Player 1 and Player 2 controlling either of the two virtual Game Boys.

Some games that used GB Link support to good effect include but are not limited to : Tetris, Dr. Mario, Super Mario Bros. Deluxe and (of course) the Pokemon games. So for people that’d like to play two-player Game Boy games on the same device, this will be quite a nice addition.

– Make it endian-safe so it can run on big-endian targets like game consoles (PlayStation3/Wii/etc) and PowerPC Macs.