You can get them from this page:

Once again the changelist is huge but we will run down some of the more important things we should mention: 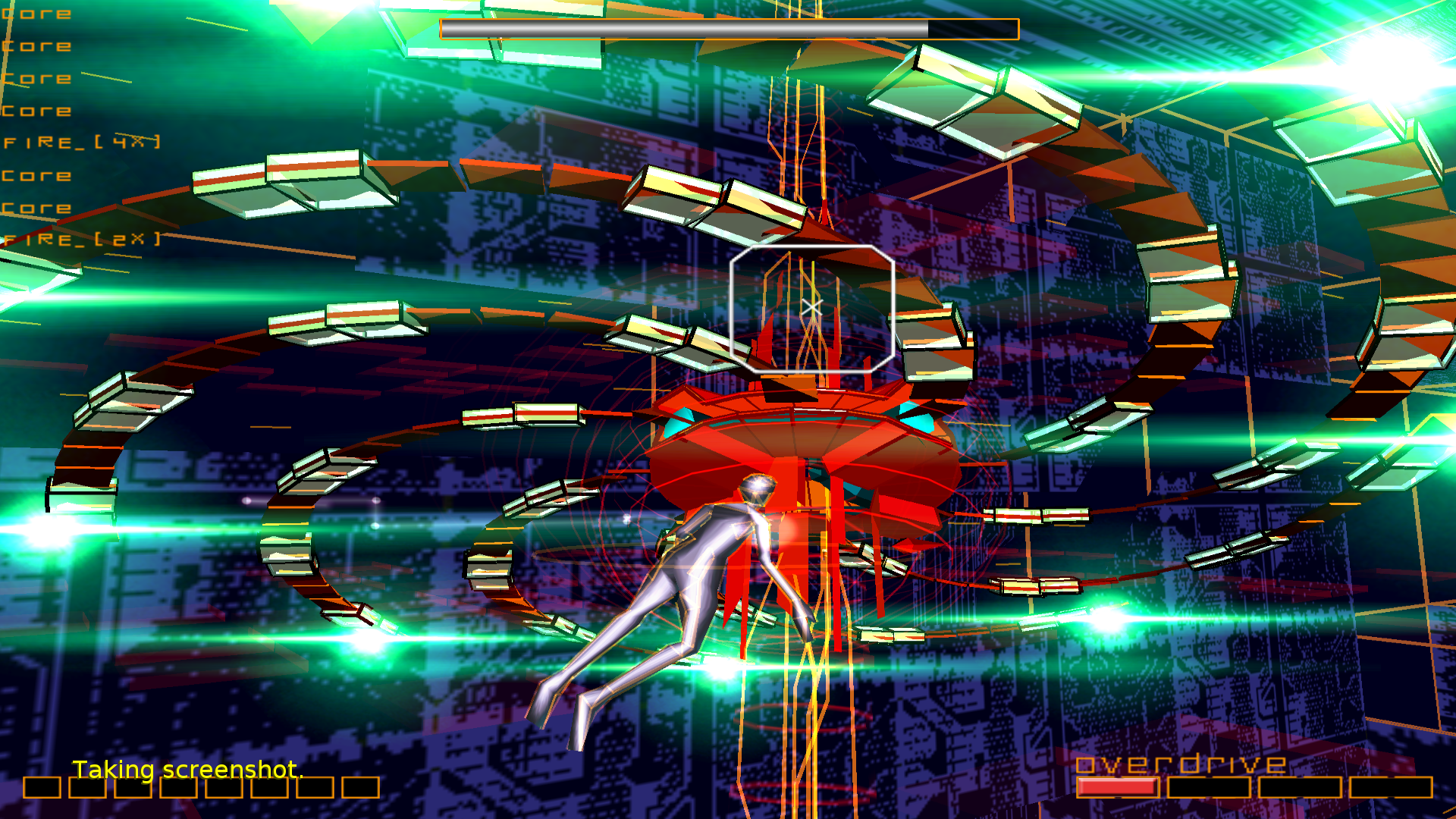 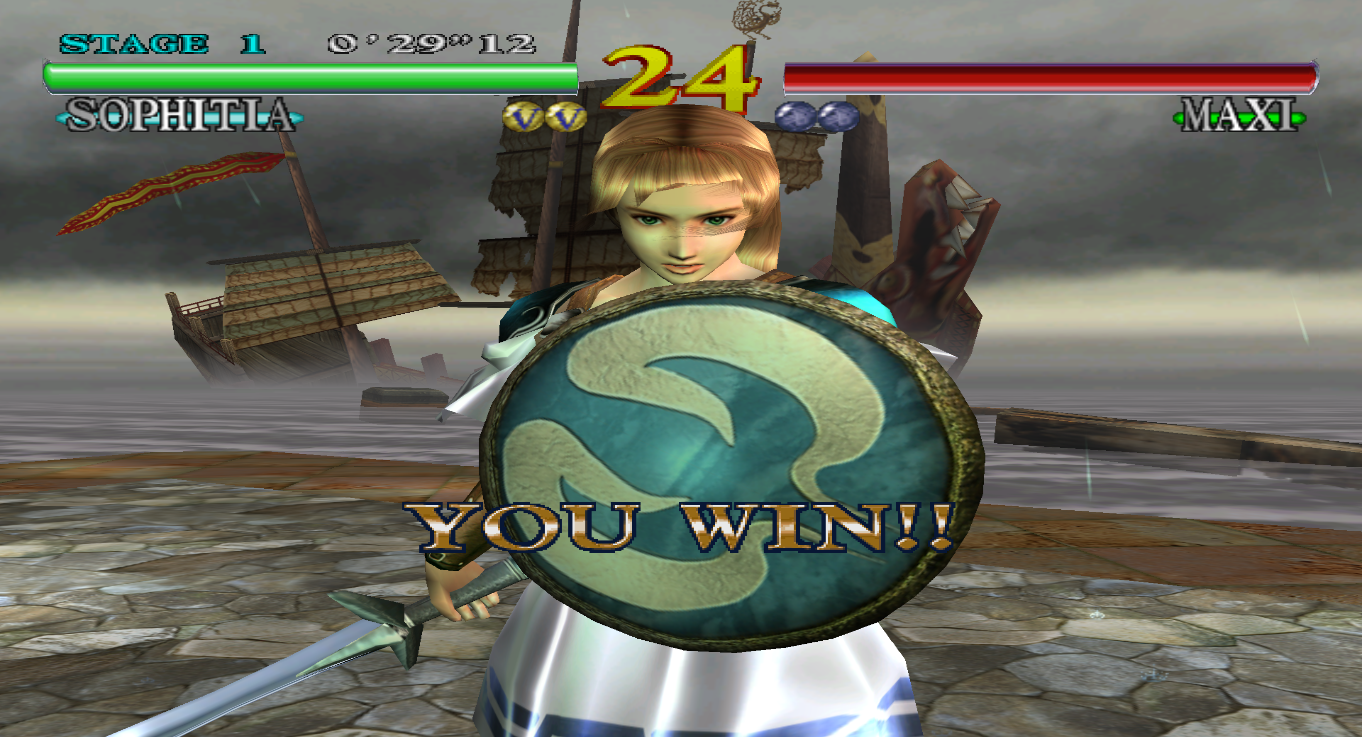 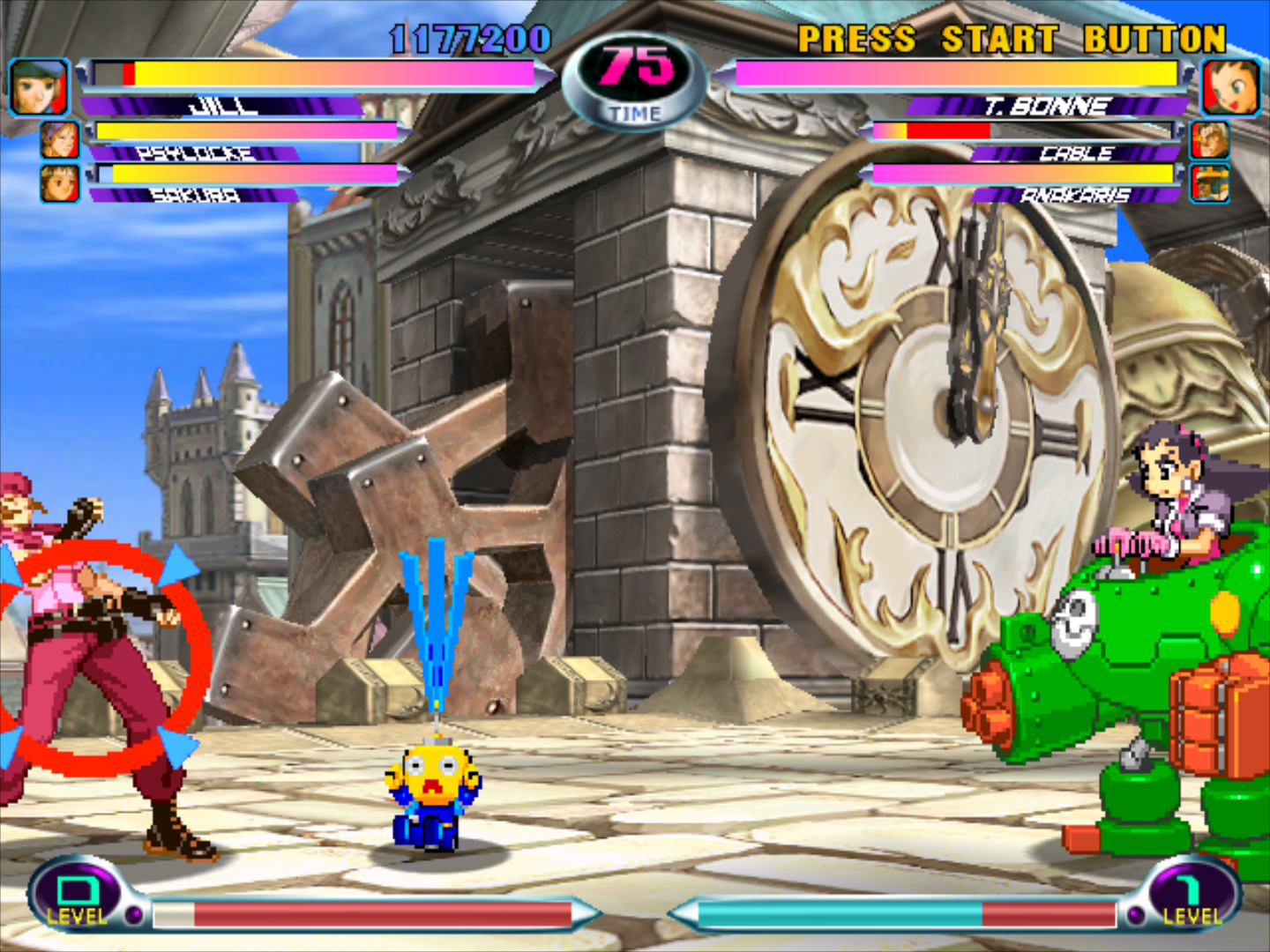 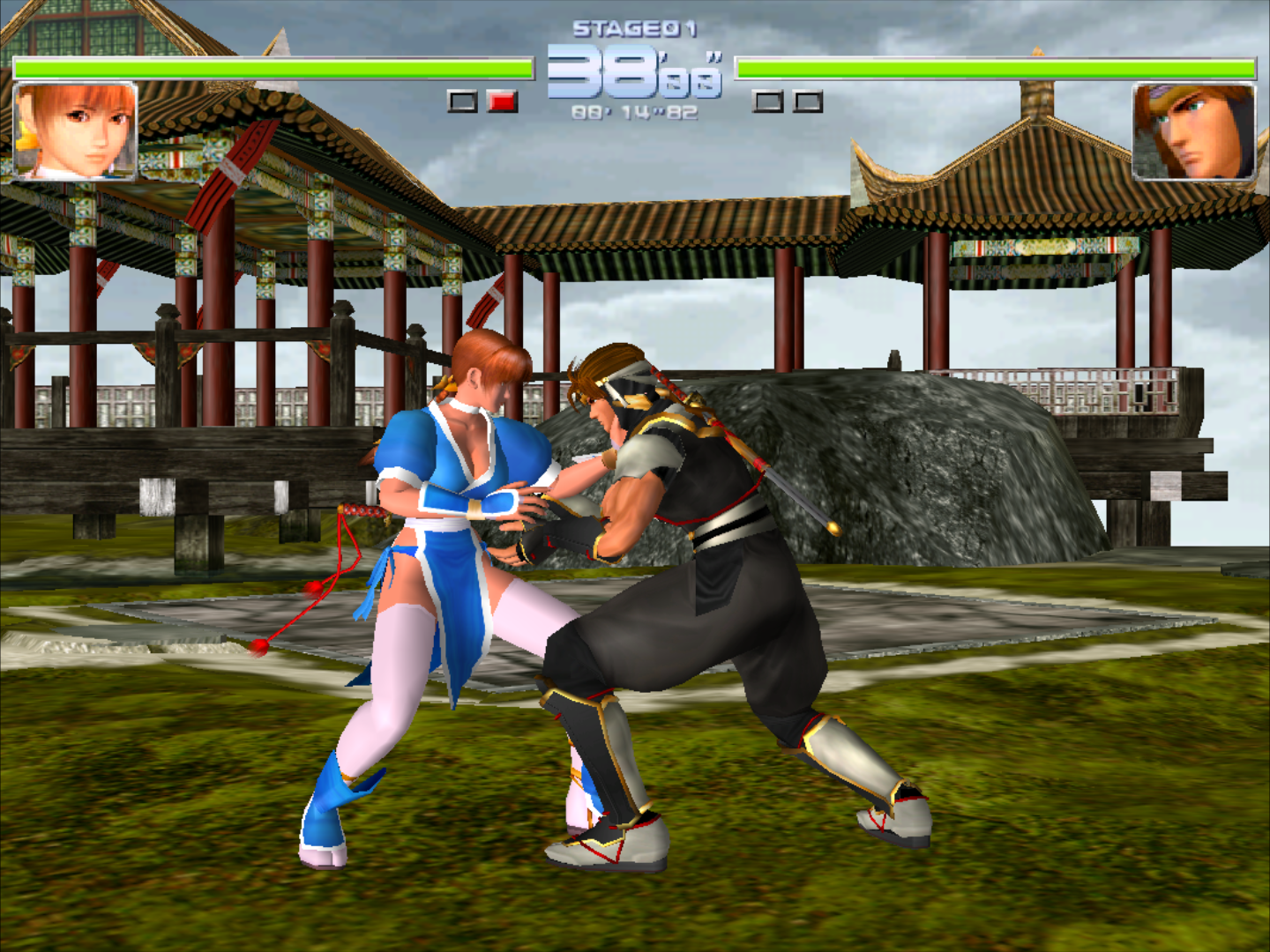 We have ported Reicast over to the libretro API. This is a Sega Dreamcast emulator.

Right now, it runs on OSX, Windows, and Linux (64bit Intel only for now). Over the next coming days/weeks we will be porting it to Android and iOS as well and making it work for 32bit Intel too, so keep watching this space.

There were some improvements made over regular Reicast. Render To Texture features are enabled (they are disabled by default in Reicast), which means that certain effects like the heat room in Resident Evil: Code Veronica and the pause screen in Crazy Taxi render correctly. A bug got fixed which led to a bunch of sprite tile glitches in Capcom Vs SNK 2. We added a workaround so that Marvel Vs Capcom 2 no longer crashes (by  detecting the game and changing it on the fly to rec_cpp). We made the x64 dynarec work on OSX which wasn’t working before. We implemented a workaround for Soul Calibur (whitelisted for OSX/Linux only for now) that should prevent some of the Z-fighting.

1 – Reicast NEEDS BIOS files. You can run it without BIOS files but the success rate is so low that we really stress you always use it with bios files. The BIOS files go inside <system directory>/dc. If you have not set up a system directory, then it will look for a folder called ‘dc’ inside the same directory you loaded the ISO from.

2 – Make sure that ‘Shared Context Enable’ is enabled in RetroArch. To verify this, go to Settings -> Core -> HW Shared Context Enable and make sure it says ‘ON’. If you don’t do this, you might find that there are severe graphical glitches or that nothing even shows up at all.

3 – It should be stressed that the 64-bit dynarec for x86_64 is a lot slower than Reicast’s 32bit dynarec. Right now, the Reicast libretro core on PC is only available in 64bit form. When the 32bit version comes out, you might want to try it on a 32bit version of RetroArch too, it might give you a big speedup vs. the current 64bit version.

I fully intend on doing more work on Reicast once we have these releases out of the way.

You will find installation instructions for the platforms here

You need at least MacOSX 10.5 (Leopard) to be able to run the PowerPC version of RetroArch OSX.

I have included the cores which are known to work so far with the RetroArch bundle itself since we don’t yet have OSX PowerPC cores on our buildbot.

There is also a RetroArch version available now for PlayStation Vita and PlayStation TV. To use this, you need to use the (still quite impractical for daily usage) Rejuvenate jailbreak. No better jailbreaks are available as of this time, sorry. We will continue fleshing out this port for when a more mainstream jailbreak comes around.

You will get the best experience using a New Nintendo 3DS since it has a much faster CPU than the regular 3DS. All of the cores available for 3DS will benefit from this bump in specs.

Remember all that talk about RetroBox last year? RetroBox has now turned into Lakka.

With Lakka, you can turn nearly any ARM or x86 hardware into a fully-functioning retro videogame console capable of running countless games with a very nice userfriendly console user interface. We strive to make it as plug-and-play as possible so that you are not reminded at any point in time that this is actually a PC running Linux.

Startup time is very quick (less than 5 seconds is a conservative figure), and in most cases we use DRM/KMS graphics drivers to ensure the best possible latency given the hardware. The entire user interface is gamepad controlled, you don’t have to bring a keyboard and mouse to this thing, it should be as plug-and-play as possible.

Please check out our sister project’s website here: lakka.tv. It’s quite overwhelming the amount of ARM hardware and HTPCs that Lakka can run on.

This is our antidote and answer to the kind of ripoff RetroArch Android boxes that have begun to pop up like Retro Freak and Retron5. The only thing we lack yet obviously compared to those is reading from the original cartridges (inso far as that is important), but we encourage developers to contribute to the project so we can build it up to have support for that too. In the end having something that you can get free of charge and bring your own hardware to it is in your own best interests vs. these kinds of retro hustles.

For the more technical minded, I can’t stress this enough: you are getting an inferior experience emulating on some underpowered Android SoC the likes of which are in these el-cheapo devices that are nevertheless sold at huge markups, you’d very much want to bring your own hardware and run Lakka on it for the best experience and also so that you aren’t held hostage by the hardware itself with forced firmware updates crippling what you can do with the hardware. In most cases we use DRM/KMS drivers with Lakka, so you don’t get the overhead of an X11 server to begin with. What little we lack in terms of spit and polish we hope we can fix with some collaborative effort.

RetroArch is available for both 32bit and 64bit Macs running OSX.

RetroArch is available on iOS, both on iPhones and iPads. You can use the Cydia version if you are on a jailbroken device, otherwise you will have to sideload it yourself on your non-jailbroken device.

I removed the camera and location API permissions, these were experimental augmented reality features which in hindsight were not really worth it to have to release several different APKs for and it was preventing us from being able to appear on Android TV. It was only ever used in one test core which wasn’t even available through the buildbot anyway so it was just a big inconvenience in the long run.

I know the v1.2 release did not go over well with Android users and there was a lot of criticism. I hope that with v1.3 we are able to win some of these users back. Needless to say it has been hard making RetroArch less CLI-focused but I think it’s finally starting to bear fruit.

You can get the Android version either from the Google Play Store or (better yet), through F-Droid. F-Droid is a really convenient way of being able to run RetroArch. As soon as we push an update to the code, F-Droid within no time will inform you an update is available and allow you to upgrade to the latest version. This makes it possible for you to update RetroArch daily without having to wait for a while for some stable version to come out.

Wii and Gamecube ports are the same as ever. More work is needed on the USB HID part of RetroArch Wii before we can reliably use the DualShock3/4 and other USB pads.

The PSP version has been updated. There are no big changes to mention for this port.

Both PlayStation1 and PSP games can now be scanned. Once the games are scanned and identified inside the database, they are added to a system-specific playlist. This makes it easy and convenient for you to start these games by just going to the playlist and selecting them instead of having to go through the filesystem and manually select the file again.

There was a ton of criticism about version 1.2’s user interface on mobile devices, like Android. We have decided to give it a makeover. It now resembles a Material Design user interface and some of the annoying display bugs were fixed on Android. It now also has tabs at the bottom which you can touch. This can quickly take you to the playlists and/or settings screen.

XMB has also received a makeover. A bunch of actions now have their own tabs inside the horizontal menu. For instance, you can now scan for content by going to the ‘Add’ tab and selecting a directory instead of having to navigate through a bunch of menus. The history list is also now on a separate tab, as is the settings themselves.

We don’t like to brag a lot and we don’t like self posturing. Nevertheless, RetroArch and libretro is definitely starting to become omnipresent. Plenty of people have used it in some form or another without even being aware of its name or its existence. For instance, there have been plenty of projects unrelated to us or the team (like NewRetroArcade) which were actually just libretro frontends implementing the libretro API, and the popular Raspberry Pi distribution RetroPie for instance uses RetroArch for a lot of the videogame emulation it provides.

Not everything has gone according to plan. We had to do a very substantial rewrite this past year that has definitely been daunting and some of you noticed that things didn’t progress as fast as we’d like but we are finally out of development hell again and ready to fire on all cylinders again. There will never again be another half a year delay in development due to endless rewrites.

What’s next for RetroArch

RetroArch 1.4 (the next version) will bring RetroArch to two new platforms.

There will be a tvOS port, and there will be a Windows Runtime (WinRT) port so that RetroArch can run on Windows Phones among other things. Those are the two big porting endeavors I will be busy with. I hope to get something substantial done by end of February/March, but don’t hold me to that.

There will be a new user interface as well added to the mix that will cater more to people used to point and click-based interfaces. We showed some screenshots before of the ‘Zarch’ interface we have been working on, and there is also a ‘Hexa’ user interface which might make it out of the prototype stages as well.

There will also be a lot of new cores. In fact, cores are being updated and added daily through the cor e updater, so definitely keep watching that space. You don’t have to wait for version 1.4 in order to be able to use these new cores.