A busy year passed by and there was a lot of silence on the Open-Hardware Project.

The promise of RetroArch Open-Hardware has always been open hardware with open software delivering an open solution.
We stand by this goal to this day, however we felt that the DIY market alone will not help the cause significantly to bring emulation to the mainstream.
Thus we partnered with a hardware manufacturer for a commercial release – bringing the peripheral into everyone’s hands – while still keeping a free and open DIY route.

With that in mind we are re-designing the hardware to be modular – meaning there would be a base unit & “addon modules” for other console hardware (the main focus for initial release will still be N64).
Our goal is to reach more people with this approach – while only slightly increasing the difficulty for DIY folks (req. of a second PCB).
If things go well, we could enter production in mid 2022 and have a product by the end of the year (knowing current global shipping tho, there will be some nightmares down the road).

Please sign-up if you want to stay updated. We won’t spam you and only write you when really needed.

Even if you aren’t interested – please still take the survey.
It’s up to 10 questions max. and should only take 2 minutes to complete.

It will help us a lot! The project depends on you 🙂

So ProjectFuture finally materialises! From the beginning, we have been unsatisfied with the general state of the retrogaming scene when it comes to being able to dump and play your own legally bought game cartridges. Solutions exist like the Retrode. There are some big issues with them though that limits their viability as something an average consumer can just buy readily off the shelf:

1. Super expensive.
2. No longer in production/out of stock
3. Rights to the product changing hands between sellers/store owners
4. Because of 3, usually one or two stores can only sell them.
5. The specs are closed so only a select few can assemble and sell them, limiting the ability of DIY homebrewers to make their own device.

While as a general rule of thumb, developers will always tell people to dump their own game cartridges, in reality there is nobody stepping up to the plate to make this either affordable, to integrate it well with existing software, or to make it possible for your homebrew hardware maker to easily build his own.

RetroArch Open Hardware is our attempt to shake up this sector of the retro games market, and our effort to revitalize the DIY market and shift it away from proprietary solutions. Our first Proof of Concept hardware device is an N64 cartridge adapter that you connect to any device with a USB Type-C cable. It will be relatively cheap to assemble and much faster than any existing competing device out there that does the same task.

We have some high-level goals we aim to achieve with this project. We want seamless integration with RetroArch. When you attach this to RetroArch, it should be hopefully as simple to play the game as it is on a real game console when you plugged in the cartridge. That’s the level of integration we are aiming to achieve with this project, and none of the existing solutions out there really fit the bill.

When we mentioned before that we want RetroArch to be its own game console, we pretty much meant it. And being able to take your own game copies with you and run them with RetroArch seems like an obvious next step to take.

We have come up with a completely custom and lean design so that the person aiming to build this for themselves in DIY fashion will be able to build these relatively cheaply. We are convinced the transfer speeds are far in excess of any other similar product out on the market right now, which is just as well considering the biggest N64 game out there is 64MB in size.

In addition, Switch dock support will be there from Day One, working out of the box.

How does it work?


You insert the N64 cartridge into the cartridge reader and you connect it to a PC (or some other device) with a USB Type C-cable. The device will then map the contents of the cartridge itself as a Mass Storage device volume. EEPROM, Flash, ROM, and SRAM are mapped as separate files on this volume. (*)

Playing the game should be as easy as just loading the ROM from this device. So already even without the aforementioned RetroArch integration, it already works. But our hope is that with the RetroArch integration, we finally get the promise of a true cross-platform game console where you can take your games library with you, whether it’s digital or physical, and just use it across the devices that you already have RetroArch on. This is the dream and promise we have been slowly building towards – the power lies in the user’s hands, not that of any corporation or organization.

* – This might be subject to change. We are still considering whether to change this to a dedicated protocol to allow using cartridge hardware in an emulator core without just reading all of the cart as one big contiguous ROM file.

This project has been ongoing now for the better part of a year. We have some internal prototypes and so far we can definitely confirm high success rates with our own cartridge collection. SRAM support already works in the firmware, but no EEPROM/FlashROM support yet. Your SRAM should work as long as your SRAM battery is not dead yet anyway. Some of these cartridges are over 20+ years old by now after all so an SRAM battery being dead is not an unlikely prospect at this point.

Some cartridges will need their cartridge connectors cleaned in order to work properly with this device. It’s a common problem among N64 game preservationists that I’m sure should not be news to anyone at this point. 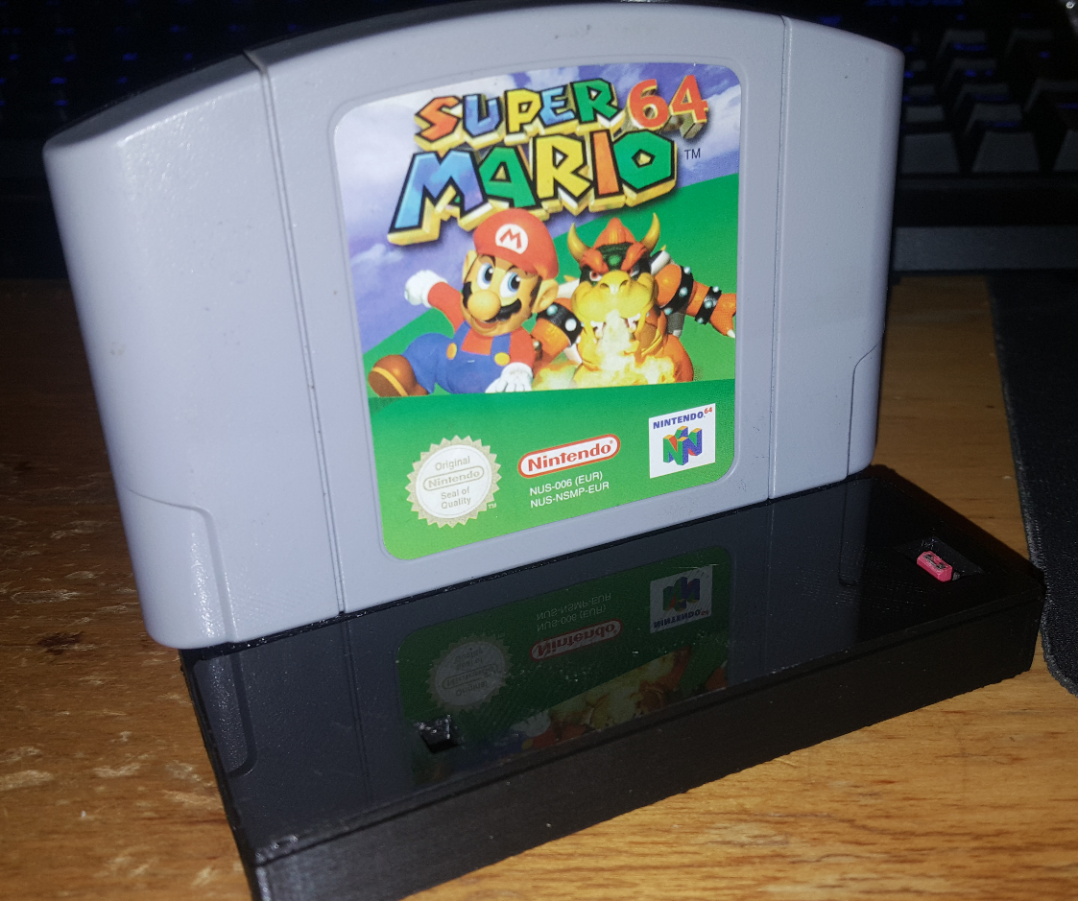 I’m sure there will be many questions in response to this article. We will remain tight lipped for now until we feel the time is right to release more details. We hope that RetroArch Open Hardware will be a contagious project that will see many contributors and participants working towards one common goal – being able to interface with the games media they’ve bought for all these decades and just being able to make it work with the software they’re already using without having to buy new closed-spec proprietary devices that lock you out of the software you’re already using. Free software is one thing, but it’s only as good as the hardware you’re running it on. Consider this our valiant effort of trying to get both sides in order.

For now, here is a gallery of screenshots to a few of our prototypes, brought to you by Sasa and m4xw. 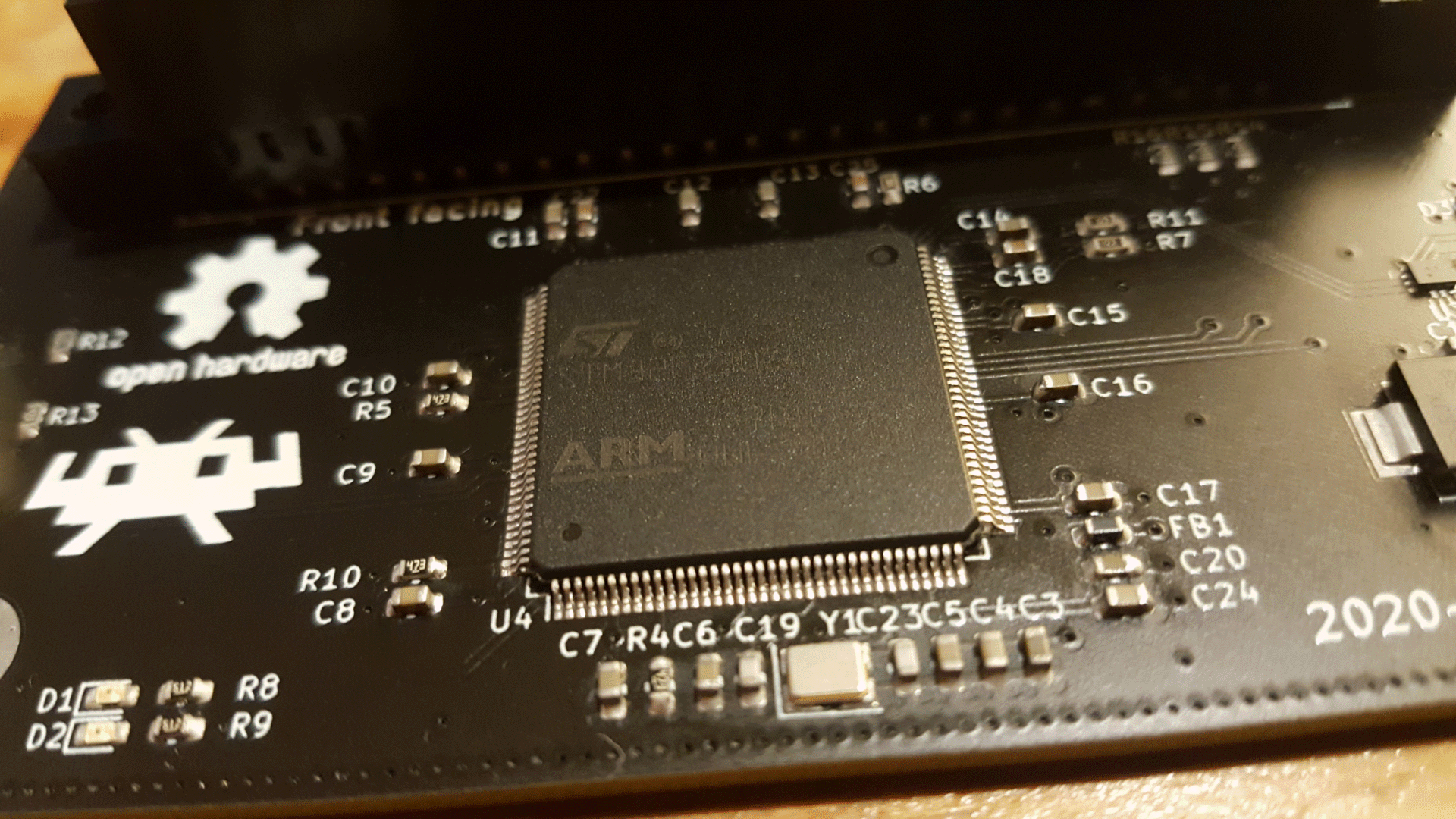 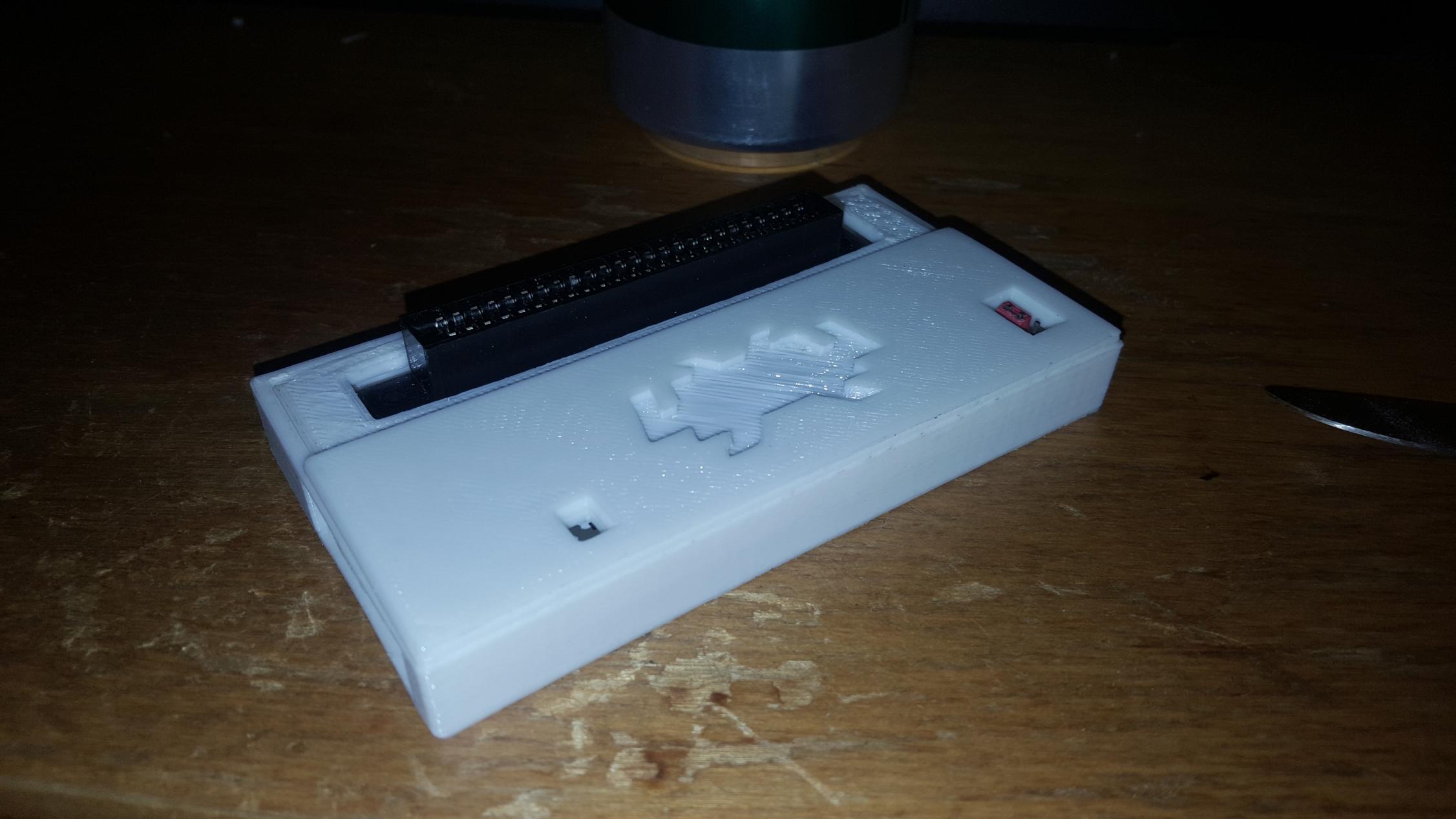 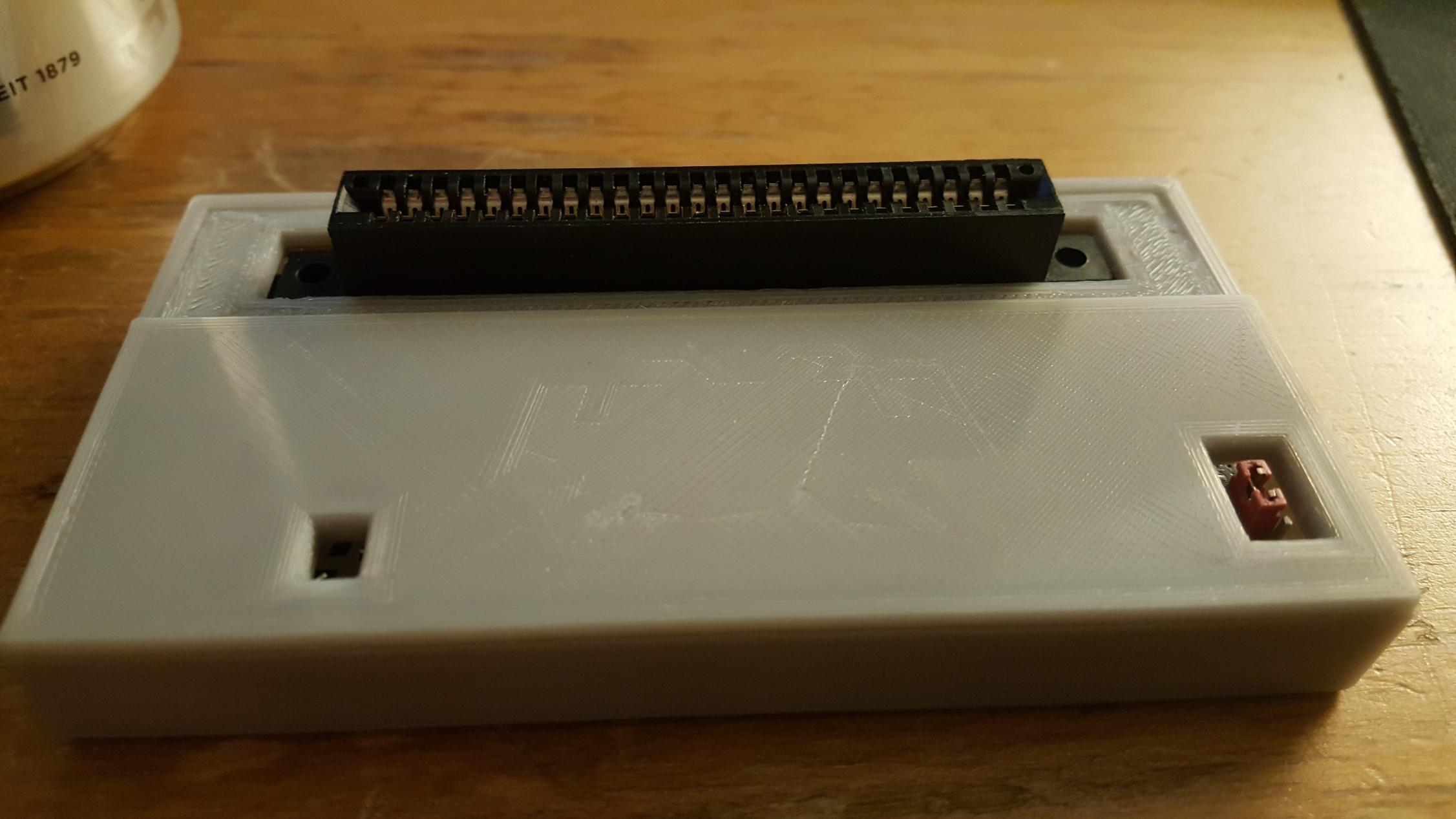 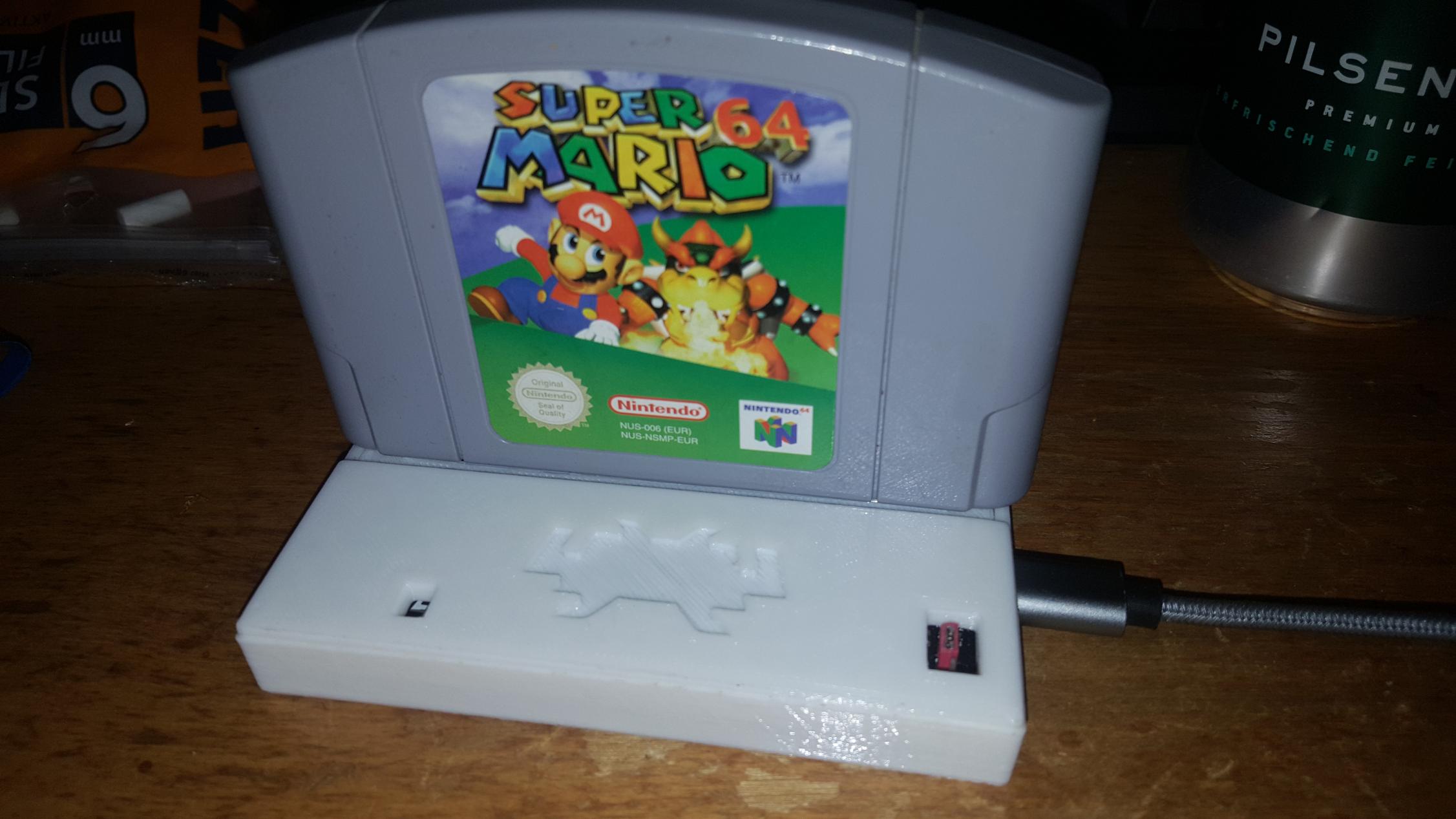