Today we’re releasing an alpha version of the PCSX2 libretro core on the buildbot. It’s available for Windows only right now, but the same core has been tested to work on Xbox One/Series systems as well.

Update policy for this core
Hard-forked core for now. Govanify is going through many (necessary) refactors in PCSX2 upstream to make the code more portable, and he has also expressed his interest in an upstreamable libretro core somewhere down the line when the final refactoring of the GUI is complete. So either of two things can happen when that happens, if this is more closely aligned to upstream core is better in every way including performance, this will be replaced. If not, we will likely have two cores, one being the upstream-friendly core and this being the hard-forked one. As of this moment a lot of work remains to be done on PCSX2 to sort out all the internals that are chockful of nonportable code. Therefore, for now, the experimental PCSX2 core kinda is doing its own thing. PCSX2 still has a lot of inherently nonportable code in it, from WxWidgets to libglib. It’s for that reason that we don’t have a Linux core yet on our buildbot. We hope that we will be able to figure out a proper portable core for Linux users soon.

Expect a lot of Quality of Life enhancements to this core soon. We wanted to share this with you now rather than sit on it for even longer, now that it’s on the buildbot we can at least push regular updates to it, people can report issues and developers can contribute. Everyone wins.

Play! (experimental PlayStation2 emulator) is back on the buildbot!

The Play! libretro core is back on our buildbot! It took some time for this to be readded to our modern new buildbot but here it is!

Update policy for this core
Upstream. Updates are pulled straight from the upstream repository.

The DuckStation/SwanStation core has been updated to a build from a week ago.

Update policy for this core
This will remain a shallow fork and attempts are being made to make the surface area for patches small so that we can easily pull in updates. Some new contributors have jumped onboard and they want to ensure this core remains updated.

Also important to note we will be updating to version 0.330 soon.

Update policy for this core
This is pretty much a shallow fork. It just attempts to pull in the latest changes from upstream without making many changes.

Many changes have been made under the hood to significantly increase performance of gpSP. One of the big changes that led to at least a 5-6% performance improvement was the removal of libco (a library used for cooperative threading). 3DS users especially should be in for a treat with gpSP, but realistically everyone benefits across the board, whether you’re on an ARM or x86 system. We can quite comfortably state you will be hard pressed to find a better and more well performing version of this emulator anywhere else right now.

* Support for generic MIPS (including Dingux)
* Built-in BIOS that ships internally and requires no external files/dependencies
* Removal of libco (5-6% perf or so) and some performance fixes for x86/arm/mips (for perf)
* Fixed the x86 dynarec and the ARM dynarec, that were pretty much broken. Good speedups (or power savings on portable devices)

One caveat right now is that these changes have unfortunately caused it to no longer work on PS Vita. However, the plan is to fix this soon, and for this to be only a temporary thing.

This has received many speed improvements and enhancements courtesy of irixx, 32X support has seen plenty of improvements, and the results speak for themselves. Works wonderfully on OpenDingux-based devices and PS Vita, some of the lower end systems out there.

A separate blog article might be written about all the changes soon.

I wanted to add a couple of multicart mappers that use the J.Y. Company ASIC and fix a few bugs while doing so. I ended up rewriting the whole thing by porting the code from NintendulatorNRS. This improves the modularity of the code by wrapping the PRG and CHR sync functions with mapper-specific ANDs and ORs, which is necessary for multicart use, and hopefully improves the readability (though I understand that’s a matter of taste). Previous save states had to be invalidated in any case since the previous code only saved four of the eight CHR LSB registers.

IRQ timing is not as perfect as the NintendulatorNRS code from which it was taken, which had been verified against real hardware. This is due to there not being a true “PPU Read Handler” in the mapper interface (as far as I can see), and PA12 timing in the core PPU emulation being not accurate enough to replace the “clock IRQ eight times per horizontal blanking” solution that I kept from the previous code.
There remains one J.Y. ASIC-using mapper: 394, which mounts both the J.Y. ASIC and an MMC3 clone and uses extra register bits to switch between the two. That is a bit difficult to code and will be for another day.
Successfully tested with:
Mapper 35:
Warioland II (JY039)

Widescreen SNES emulation on your iDevice and ARM Mac is now available!

Update policy for this core
Upstream, gets built straight from DerKoun’s upstream repository.

Another welcome addition to the Apple fold – the widescreen-enhanced version of Genesis Plus GX! For more on that, read this article here.

Update policy for this core
Hard fork, as it makes many sweeping changes to Genesis Plus GX to achieve widescreen support, which would make resyncing with upstream very hard to do.

Other cores which have received updates

Here is a list of other cores that have received updates, but for which we cannot post any changelogs due to lack of time. We might go into some more of the changes here later on. 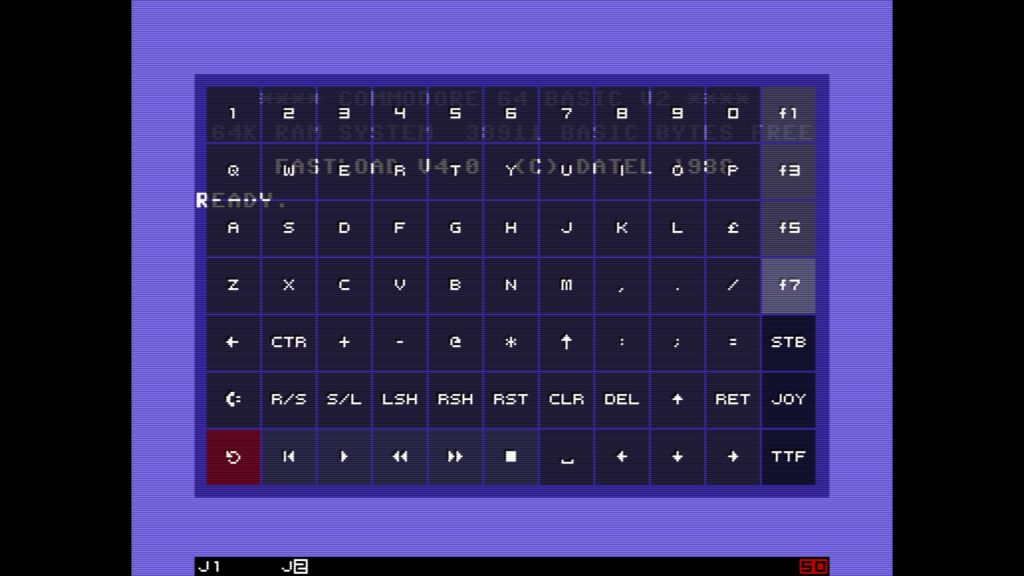