RetroArch 1.8.8 has just been released.

A couple of users have complained about a feature we made in 1.8.7 (Fix sidebar playlist sort order when ‘Truncate Playlist Names’ is enabled). This new addition makes the new sidebar playlist sorting behaviour optional via a Sort Playlists After Name Truncation setting under User Interface > Appearance. When disabled, playlists will be sorted the old way (according to file name), not by display name. 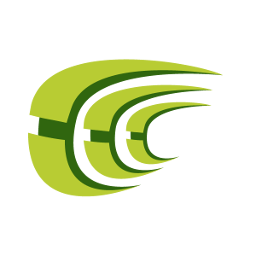 A new language has been added, Slovakian. And plenty of the existing languages have received big updates as far as localization goes.

But by far the biggest change is our transition to Crowdin. This allows non-programmers to more easily contribute localization changes/additions to RetroArch. You can see the completion status of the various languages on our Crowdin page.

1.8.8 restores the original behavior of the “Save Shader Preset As” option, and improves the cycling of shaders by allowing to cycle the shaders on fallback directories if the Video Shader directory does not contain any preset.

In 1.8.7, pressing RetroPad Start to reset a core input remap to the default setting did not work correctly – analog stick inputs get the wrong defaults, and inputs that are left undefined by the core are not set to the proper RARCH_UNMAPPED value.

1.8.8 adds support for hotplugging WiiU Gamepads. Critically for users, this makes the driver no longer assume a Gamepad is present, so when it’s broken or out of battery or missing; the first Wiimote gets slot 1 instead (helpful when All Users Control Menu is off). I [quarkawesome] also made it check Gamepad channel 2 – while it’s impossible to connect a second Gamepad on a retail console, the code to do it still appears to be there. If that feature ever becomes a thing through CFWs, it’ll work here.

fjtrujy spent a lot of time adapting RetroArch PlayStation2 to the latest PS2 SDK. RetroArch PS2 is now being built with a modern version of the GCC compiler, and certain cores are already seeing massive speedups as a result.

I honestly didn't expect this, but it looks that new releases also have better performance in some cores. #QuickNes is one of them #RetroArch ⁦@libretro⁩ pic.twitter.com/P8iCbXvvuh

As can be seen by the tweet, QuickNES went from 255fps with the old SDK to 429fps with the new SDK. This makes the core more than fast enough to use runahead – on a PlayStation2 of all things!

A newer C/C++ toolchain also will make it much easier to port over software to PS2, it was previously quite difficult to port C++ cores over to PS2.

fjtrujy also added Theodore to the list of cores supported.

What you’ve read above is just a small sampling of what 1.8.8 has to offer. There might be things that we forgot to list in the changelog listed below, but here it is for your perusal regardless.