A new Libretro core is being made available for RetroArch and other Libretro frontends today! ECWolf is a Wolfenstein 3D source port game engine. This port is courtesy of phcoder.

It will be available today for the following platforms:

It will probably be released over time on other platforms.

There are two ways to install and/or update the ECWolf core:

b – If you haven’t installed the core yet, go to Online Updater, ‘Core Updater’, and select ‘Wolfenstein 3D (ECWolf)’ from the list. It will then download and install this core.

How to play it with the shareware version

If you don’t have the full registered version’s data files to play with, you can still get the shareware version. We provide this in an easily obtainable way to you, so let’s go through the steps. Start up RetroArch first. Then do the following:

3. Now go back to the Main Menu. Select ‘Load Content’, and select the ‘Downloads’ directory. Select ‘Wolfenstein 3D (Shareware)’, and then select ‘WOLF3D.EXE’. Start this with the ECWolf core when asked about it. 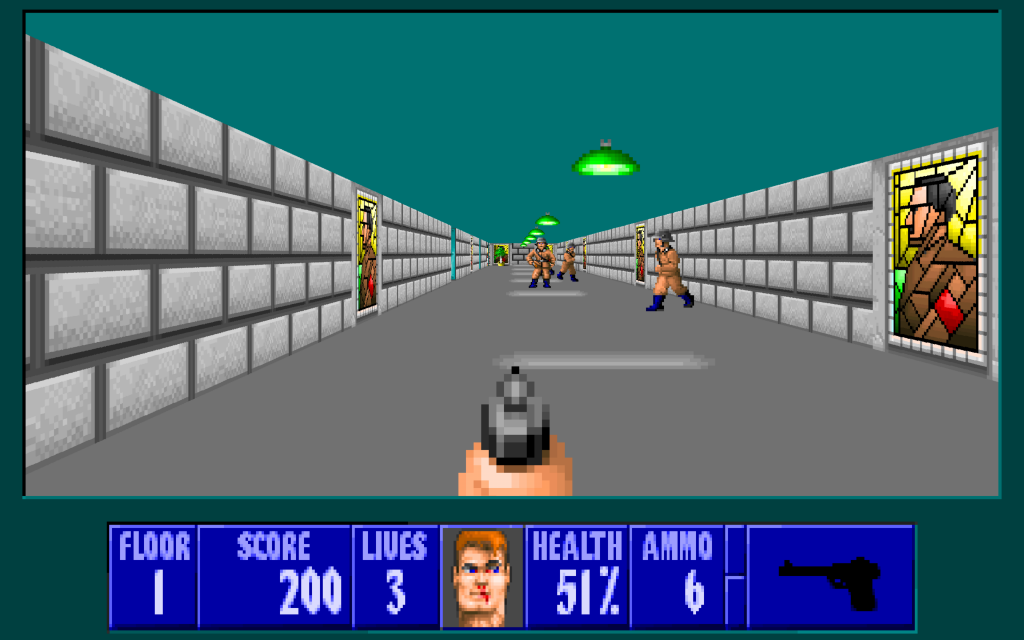 This port is currently incomplete but already has a lot of functionality.

NOTE: You need the file ‘ecwolf.pk3’ inside either your System directory, or the same directory as your content. You can get this file from within RetroArch through the Content Downloader (see the previous paragraph, but instead of downloading ‘Wolfenstein 3D (Shareware).zip’, download ‘ecwolf.pk3’ instead.

* Rewinding through intermission or death fizzling results in glitched screen
* Sometimes after loading a large asset, FPS drops. If that happens go to RetroArch menu for couple of seconds and then back
* The sound is currently a bit glitchy/crackly when running below 70fps (the game’s original framerate). We have found that there are far less sound issues at 70Hz and above (such as 120Hz).
* Frame pacing and frame time deviations can probably still be further improved.