RetroArch 1.9.12 has just been released.

If you’d like to learn more about upcoming releases, please consult our roadmap here. 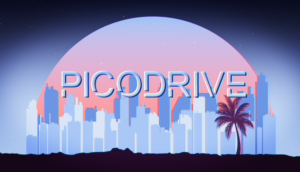 New cores are on the verge of being approved on Steam. First out of the gates is Picodrive, a Sega Genesis/Master System/Sega CD/32X emulator. You can grab that for RetroArch right now here.

We’d also like to remind users that are still using the RetroArch Play Test version on Steam to please migrate over to the mainline Steam release now and to stop using it. The Play Test version is outdated and won’t really be updated anymore after this point. 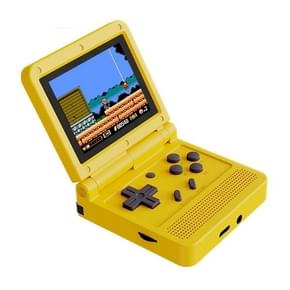 For version 1.9.11, we added support for Miyoo devices, such as the Pocket GO, PowKiddy Q90-V90 and New BitBoy. Back then, we only had one or two cores available. 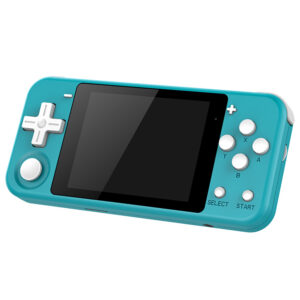 NOTE: We are not affiliated or have any association with the companies behind these devices.

1.9.11 added a new unified HID subsystem that works on both Mac and WiiU.

Version 1.9.12 features several crucial bugfixes and additions that were plaguing the initial implementation in 1.9.11. See the CHANGELOG at the end of this blog post for more details.

Since the migration to our new infrastructure, the minimum OS requirements for macOS cores unintentionally went up. We have since taken steps to address this.

You’ve read in our previous blog post that we were working on a long-term project to wrap/abstract all file system I/O in cores, and also correct and improve cores along the way. This work has continued for version 1.9.12, and we are happy to report that various cores have been improved substantially as a result.

Below are all the cores we managed to cover so far. The ones listed in bold are the new cores we have covered since 1.9.11.

In addition, it turned out that this core had been violating the libretro API for some time by setting need_fullpath = false but then requiring the content fullpath to detect the region of iNES v1.0 ROMs. This PR fixes the issue by setting need_fullpath = true by default, but then lifting this restriction for frontends that support the RETRO_ENVIRONMENT_SET_CONTENT_INFO_OVERRIDE environment callback (which allows a valid content name to be extracted even when using a frontend-provided data buffer)

FCEUmm has long supported emulation of the Game Genie cartridge add-on, but this is currently unavailable in the libretro core. 1.9.12 wires up said functionality: 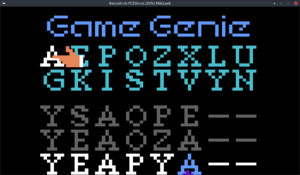 Why would we want this functionality, when the regular cheat interface is already available? Because:

* It provides an authentic experience
* It enables cheats when using frontends that don’t support the regular cheat interface
* All the code was already in place, and it was easy to enable 🙂

In addition, during the process of implementing this, the core’s OSD messaging code was overhauled and cleaned up. OSD warnings will be displayed when appropriate if the Game Genie ROM file is missing, and also if the FDS bios is missing. OSD message durations have been shortened a little, and the core makes use of the extended messaging interface when available.

At present it is difficult to compare the core’s Color Palette options, because these can only be set via the quick menu. 1.9.12 adds the ability to switch to the next/previous colour palette by holding RetroPad L2 and pressing D-Pad Left/Right while content is running.

Numerous memory leaks have been fixed while going over this core. This should benefit in particular all the statically linked platforms, such as game consoles.

1.9.12 makes the following changes to the core:

Since the core no longer receives a content path, automatic ROM type detection cannot be based on file extension (.gb, .gbc). We now therefore inspect the ROM header, which means we can also distinguish SGB-enhanced content. As a result, the System – Emulated Model core option has been modified such that the Auto settings are:

Since it was necessary to edit the core options anyway, these have been updated to v2 and option categories have been added.
Note that all changes here (apart from two .gitignore additions) are limited to the libretro directory – no ’emulator’ code has been modified.

Before, the saving/loading of SRAM data is disabled for contentless cores – which means that cores such as 2048 have to handle save data internally instead of utilising frontend-provided functionality.