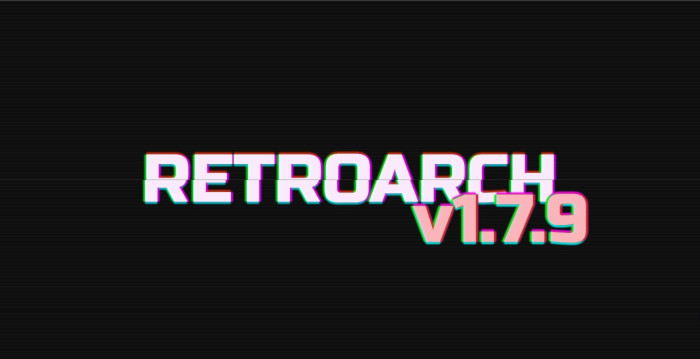 RetroArch 1.7.9 (v2) has just been released. Among many other things, it includes big QoL (Quality of Life) improvements for mobile users.

The menu system should now support touchscreen gestures and controls in general should be much improved inside the menu. But that’s far from all!

If you’d like to show your support, consider donating to us. Check here in order to learn more. You can also help us out by buying some of our merch on our Teespring store!

We will be doing stable releases more frequently from now on instead of them happening only once every 3 months. This way, we can gather live feedback from users based on things we change and it’s easier for us to adapt to user feedback.

Version 1.7.9 will debut touchscreen gestures for the menu for the first time! You will now be able to operate the XMB and MaterialUI menu without needing a gamepad or overlay!

The following gesture functionality is available with XMB: 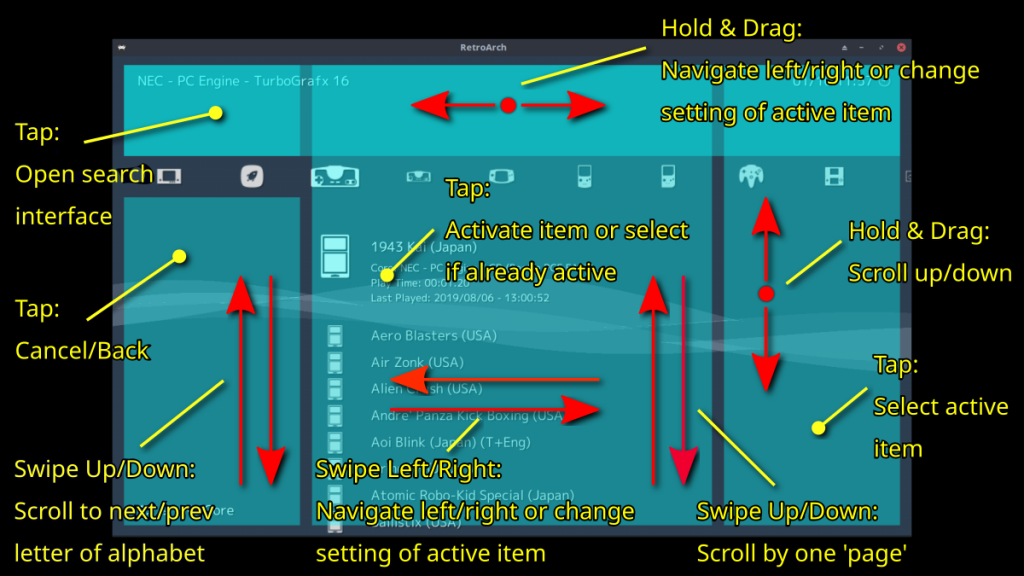 The following gesture functionality is available with MaterialUI:

On playlists, file lists and drop down lists:

On other types of menu:

This must have been bugging Android and iOS users for a long time, and finally it is fixed!

We added a new Auto-Rotate Overlay option under Settings > Onscreen Display > Onscreen Overlay (enabled by defaultt on mobile). When enabled, any overlay with both landscape and portrait support will automatically be rotated according to the current display aspect ratio (which corresponds to device orientation for mobile platforms).

Note: Since the overlay specification has no concept of orientation, this auto-rotate feature depends upon proper naming conventions in overlay config files:

The image mode should now be substantially faster. It now saves the image in-memory in PNG format then passes it along to the translation service.

To learn more about our AI Service, check out our Youtube guide above.