RetroArch 1.7.4 has just been released! Grab it here.

This latest version has also been uploaded to the Google Play Store. This is the 32bit version. We also have a brand new 64bit version for users with 64bit capable devices. You can grab that one here. More on that version later!

We have just uploaded a 64bit version of RetroArch for Android on the Google Play Store. You should be able to get it either from Google Play, or you can get it from our Download page, available here.

This 64bit version is intended for users with 64bit capable Android devices. Shield ATV would be one of those examples but there are doubtless many others. You can install the 32bit version and 64bit version at the same time on your device. Let us run down the list of what you need to know:

NOTE: The Desktop UI is currently only available for Linux and Windows. macOS support might arrive at a later date.

Where to even begin? Let’s just have the videos do the talking –

You can now choose between List and Grid View. Grid View will show thumbnails of all your games, provided you have them installed. You can always install thumbnail packs separately by going to Online Updater and selecting Thumbnail Updater.

RetroArch 1.7.4 will make creating new playlists from scratch easy as pie! No longer will you be forced to manually select a directory and scan for games; you can now create a new playlist, and then manually drag and drop the roms you want to have in that playlist over to them, and the WIMP UI will do the manual work for you!

From version 1.7.4 on, it will now be possible to update RetroArch to the latest nightly versions!

Download all thumbnails for a playlist with Desktop UI!

Previously, it was only possible to download complete thumbnail packs per system/game category. The most obvious complaint about this for many people was that they only needed thumbnails for specific games they actually have in their collection.

Now with RetroArch 1.7.4, from inside the Desktop UI you can right click any content from any playlist, select ‘Download thumbnails’, and it will try to fetch the thumbnails for this content from the Github thumbnail repositories.

You can now rightclick on a playlist, select ‘Download All Thumbnails’ – This Playlist, and it will attempt fetching all the thumbnails for a given playlist! You can also cancel this operation at any time by either pressing the Cancel button on the dialog box, or pressing the ‘X’ icon.

When you have a core loaded, you can now change the core options inside the Desktop UI!

NOTE: If you leave the core option dialog window open and you happen to unload a core then launch a new core with game, you will have to close the dialog and then reopen it again. It won’t reload itself automatically. This might get looked at in a later version. 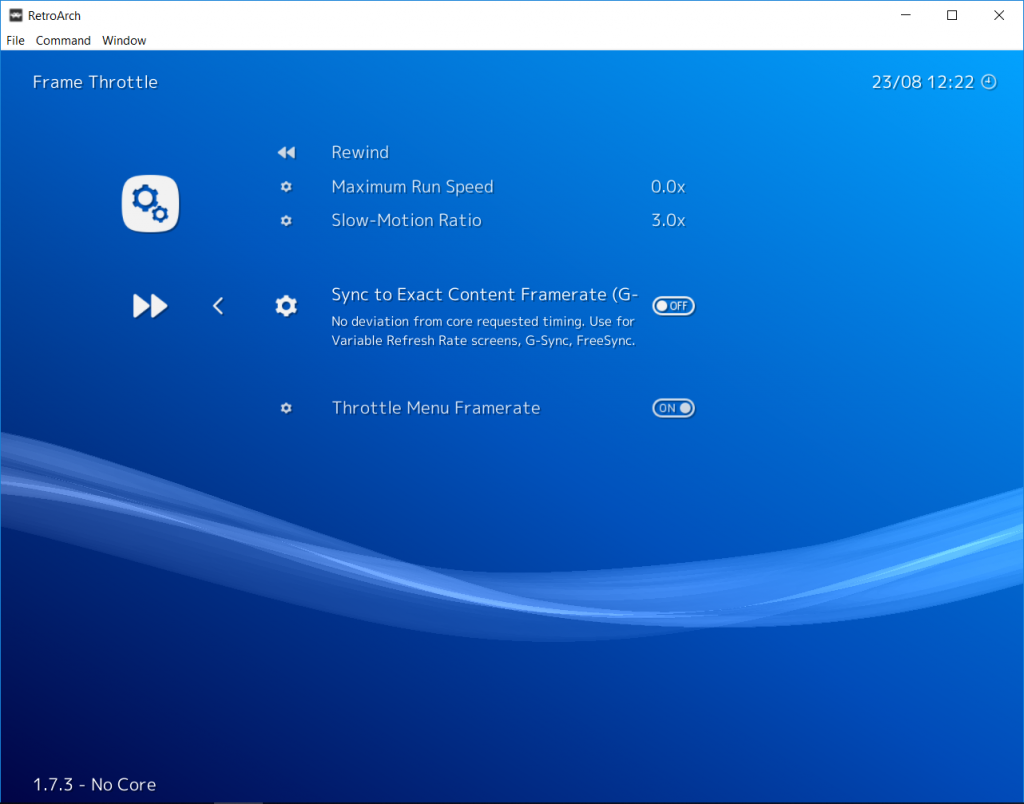 RetroArch 1.7.4 has a new feature that will be especially advantageous to users of variable sync display technologies, such as G-Sync/FreeSync. We call it “Sync to Exact Content Framerate”. 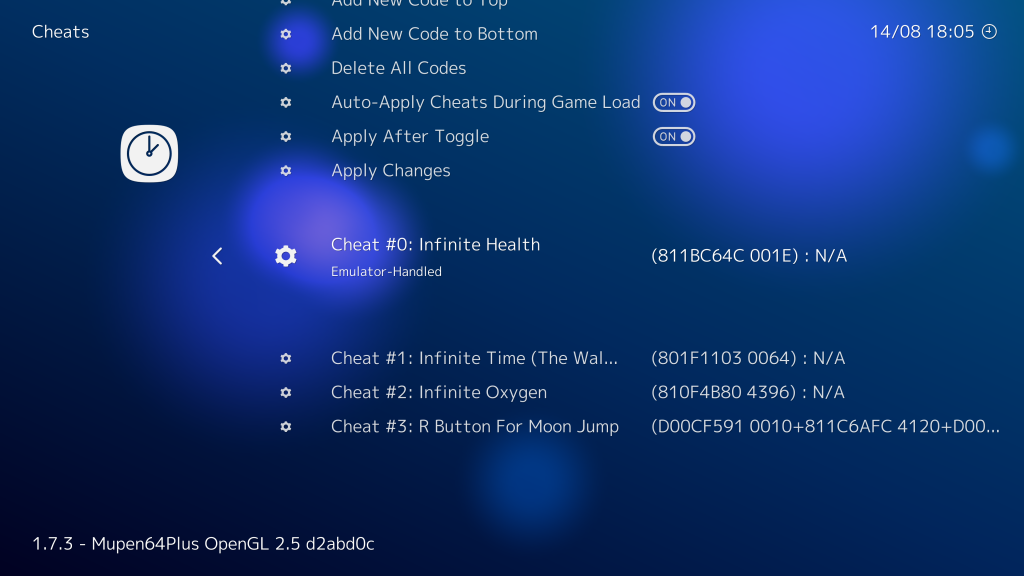