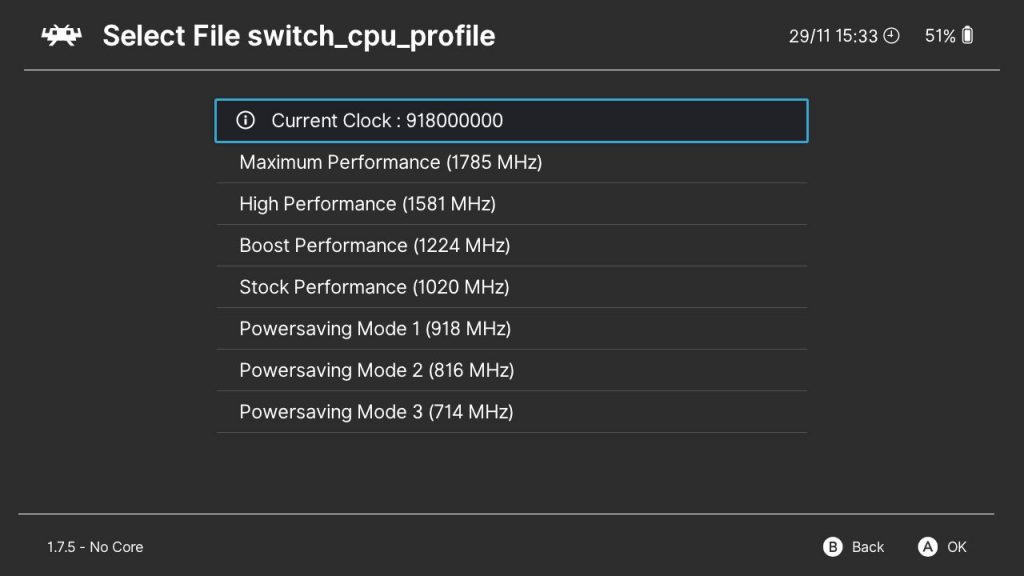 There are 3 “Overclocking” and 3 Underclocking options.

iCatButler has improved many aspects of PGXP (mainly to do with ‘memory + CPU’ option), and he has also fixed some longstanding issues to do with how sprites are rendered at higher internal resolutions. Line artefacts should be considerably reduced/eliminated as a result.

Below follows an explanation by the author:

There was already a sub-texel offset applied to all the base UVs which was causing it to sample out of bounds on 2D quads regardless of the UV orientation (in hardware the error was only when the UVs were flipped).

I’ve changed it so this offset is shrunk as the scaling factor increases, which solves the problem for positive UV/XY derivatives and allows us to use the same code from the hardware renderers to fix flipped UVs.

Here is a summary of the changes made:

NOTE: Despite the aforementioned improvements, we still find that PGXP option ‘memory only’ generally tends to be the less bug-prone solution. It’s also considerably less CPU intensive, so always keep that in mind.

CannonBall, the core running an improved OutRun Engine, has now analog axis and triggers support alongside a new 120Hz mode.

G-sync seems to react poorly with it though, so be sure to disable it if you experience audio clicks or skipped frames.

The Supermodel repository is going to be committed to Github soon. From there, we expect that we will get it in working order over the span of a week.

It will be a good Christmas this year for RetroArch fans that love the old Sega arcade games. In less than a year, Reicast Libretro has made incredible strides for arcade emulation thanks to the efforts of flyinghead, and soon Sega Model 3 will be in the bag as well!

NOTE: Supermodel will be an OpenGL-only core. No Vulkan or Direct3D 11 renderer exists for this emulator.

Y'all got anymore of them, screenshots ? pic.twitter.com/Xd2kxQbrbI

There are several big things brewing in the background, most of them done by natinusula. They are mostly UI-oriented.

Natinusula is working on a fancy widgets UI layer for RetroArch. This will allow us to show UI elements onscreen while the game is running. It will be far more advanced than basic simple text which is all the OSD layer in RetroArch is currently capable of displaying.

We don’t know yet if this will make the cut for 1.7.6, but we can certainly try! On top of that, natinusula has been working hard on the Ozone menu driver. Some of the things that remain to be done there is better scaling for resolutions beyond 1080p, touch/mouse integration, and thumbnails. It is our hope that once this menu driver is in a solid shape, we can replace the current MaterialUI menu for Android/iOS with this one.

Again, we have to preface this by saying that we don’t know if any of this can be achieved for the 1.7.6 release, but it is certainly something that is being prepared and it will eventually arrive in RetroArch anyway. Rome wasn’t built in a day!

What is definitely coming up, is the following: