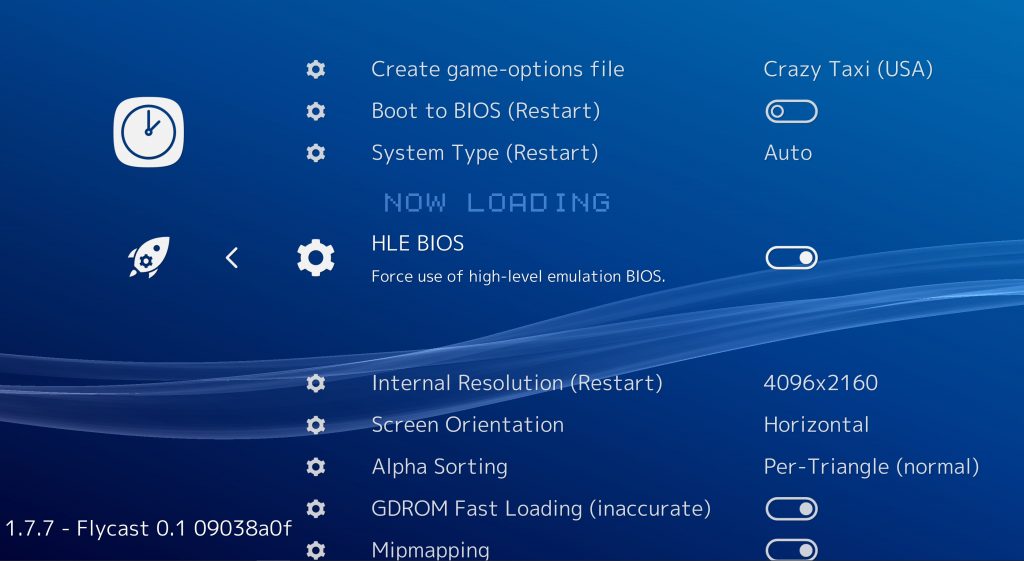 New version will be available later today on the Buildbot!

Flyinghead has significantly improved HLE BIOS support to the point where 90% of Dreamcast games (both regualr and Windows CE-based games) should now be supported! Previously, compatibility with the HLE BIOS was quite abysmal, to the point where we couldn’t justify enabling it by default. So this marks an important point where users are no longer required to go seek out an external Dreamcast BIOS and can just run a Dreamcast game out of the box without needing to setup a specific BIOS!

A couple of notes:

When do I get to use this?

Today! Updated versions of both Flycast cores (regular and Windows CE versions) are being uploaded to the buildbot as we speak, so you’ll be able to play with this later today if all goes well.

Open source Dreamcast emulation has seen a tremendous boost ever since flyinghead appeared on the scene. Whereas open source Dreamcast emulators seemed previously hopelessly behind something like Demul from a compatibility and accuracy perspective, right now it seems we are well on track to matching it save for Flycast not being able to emulate certain specialized arcade systems like Naomi 2, which are technically not really Dreamcast/Naomi 1 anyway but its successor.

So, right now, Flycast is in a very good spot:

We might even add real CD-ROM support soon to it, so that it can run CD-R based backup discs!