For years, Nintendo 64 emulation has been pretty bad and lagging significantly behind Nintendo Gamecube/Wii emulation. At least 90 to 95% of the remaining problems are at the RDP level, the N64’s video subcomponent chip. By moving away from High-Level Emulation of the RDP, we could solve most of the remaining problems. The problem has been that for a long time, it seemed impossible to do this at playable speeds. Software rendering is too slow for a GPU from this timeframe, and older versions of OpenGL have too many crippling limitations in order to allow for a 1:1 reprogramming and port of Angrylion to GL.

At last, this dire situation will change in the upcoming days and we can finally release to the public something that will revolutionize N64 emulation forever so that we can move away from all of the hacky HLE video plugins that have been released in recent years.

And not just any video plugin either. This is a reimplementation/port of Angrylion to Vulkan. This will be the first time most will be able to get anywhere close to playable speeds with an accuracy-based N64 video renderer.

This hardware renderer is unique for the following reasons:

How to use it?

When it will be released in the upcoming days, this is what you will need in order to use it.

When RetroArch 1.3.5 gets released

Before trying to use it, make sure your video card supports the Vulkan API otherwise it won’t work!

Why RDP LLE? Why is this significant?

For years, Nintendo 64 emulators have fixated upon a High-Level Emulation approach to emulate the RDP, the N64’s video rasterizer. Examples include Glide64, Rice, GLN64 (and its recent fork, GlideN64).

It is a practical but imperfect way of emulating the RDP for many reasons:

Enter this new renderer. It takes as a base Angrylion (the most accurate RDP rasterizer yet so far) and it uses compute shaders to transfer the workload to the GPU instead of the CPU. Angrylion has been known to render nearly all games accurately unlike regular HLE N64. The only problem has been that it has been too slow to run at full-speed because of it being completely software rendered, which puts all the strain on the CPU. RDP LLE changes that around so that this rendering bottleneck is completely gone. With RDP LLE, the only remaining bottleneck will be the interpreter RSP plugin that a low-level RDP plugin has to use.

Work remaining to be done

With this video renderer we have aimed for a GL 4.3 / Vulkan featureset in order to escape most of the bottlenecks and limitations that usually drags N64 emulation down. From now on, there will be two big remaining tasks to be done: 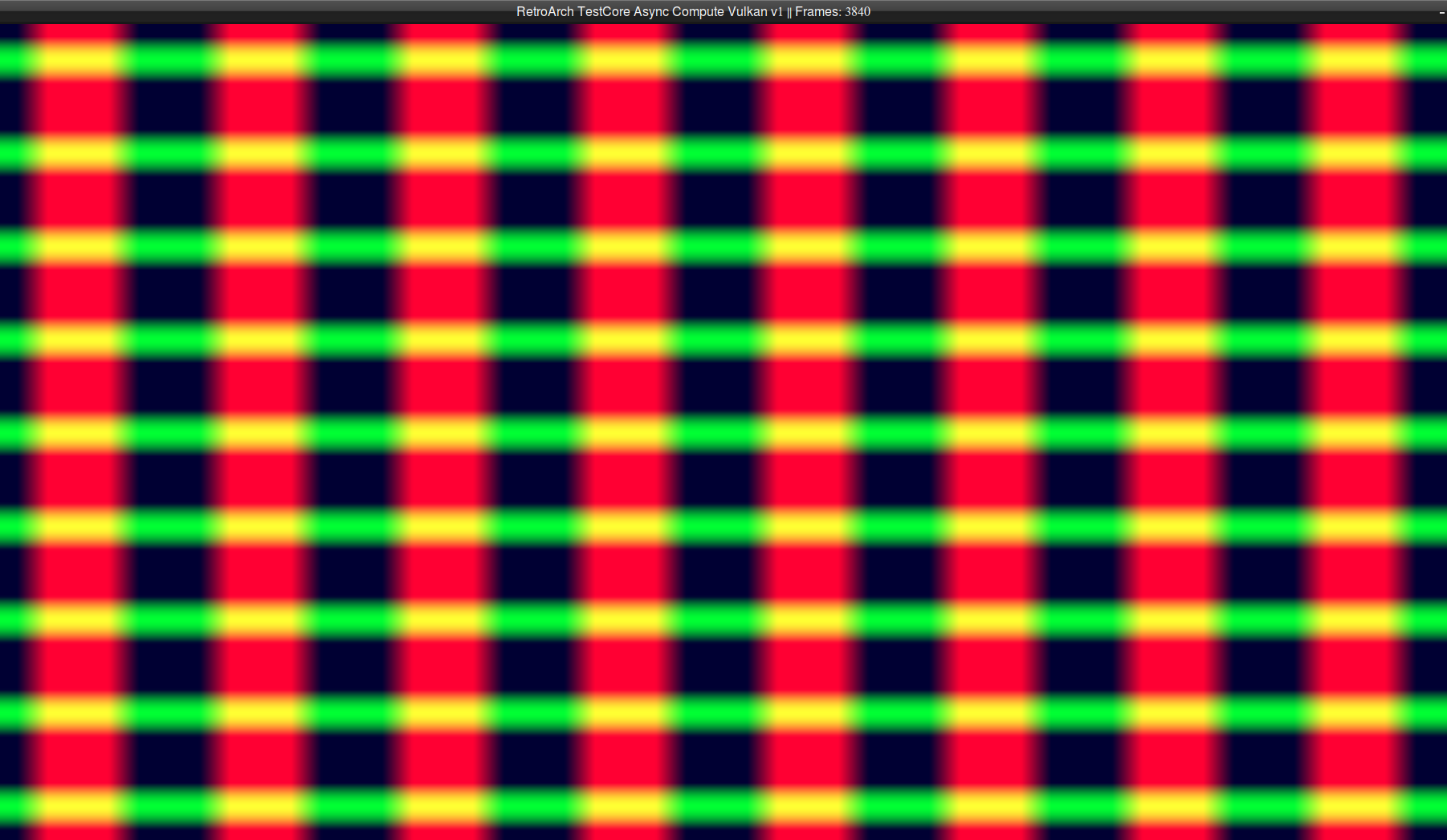 In order to make this renderer possible, extensions to the libretro API had to be added.

For educational reasons and in order to serve as a proof of concept on how to make your own libretro core that takes advantage of the recently added asynchronous compute capabilities, a test core has been made, called ‘libretro-test-vulkan-async-compute‘.

It is a basic test program that demonstrates raymarching being done in Vulkan. We’d very much like to see people improve upon this and collaborate to make a more impressive core out of it.

You can find the sourcecode for this sample test core inside RetroArch’s source code directory tree (cores/libretro-test-vulkan-async-compute in specific).

It has been a long time coming, but finally with paraLLEl, N64 emulation can finally become ‘good enough’ and we no longer need to have patchwork renderer plugins that try to fix graphics issues on a per-game basis.