In the year 2018, time travel became a reality.
…but we only use it for retro video games. @libretro pic.twitter.com/4LLyI2bvDf

Even though sub-frame latency in software emulators has been achieved, some developers kept pushing beyond, and found a way to surpass even real hardware in response time. We have Dwedit to thank for this particular method.

The Libretro forum post linked above provided patches to RetroArch that can effectively “remove” this baked-in latency by running multiple instances of a core simultaneously, and quickly emulating multiple frames at a time if input changes.

This strategy has some analogs to frame rollback, similar to how GGPO handles high-lag connections. And in fact, if you set the “read ahead” frames on the experimental builds ridiculously high, you can get a feeling for what’s going on behind the scenes.

Here’s another article from a few years ago illustrating the basic concept.

Accurate? No way. Fascinating? You betcha. Mere “same latency as real hardware” is SO last month…

Once the game is running, go to Settings -> Latency and/or Quick Menu – Latency. 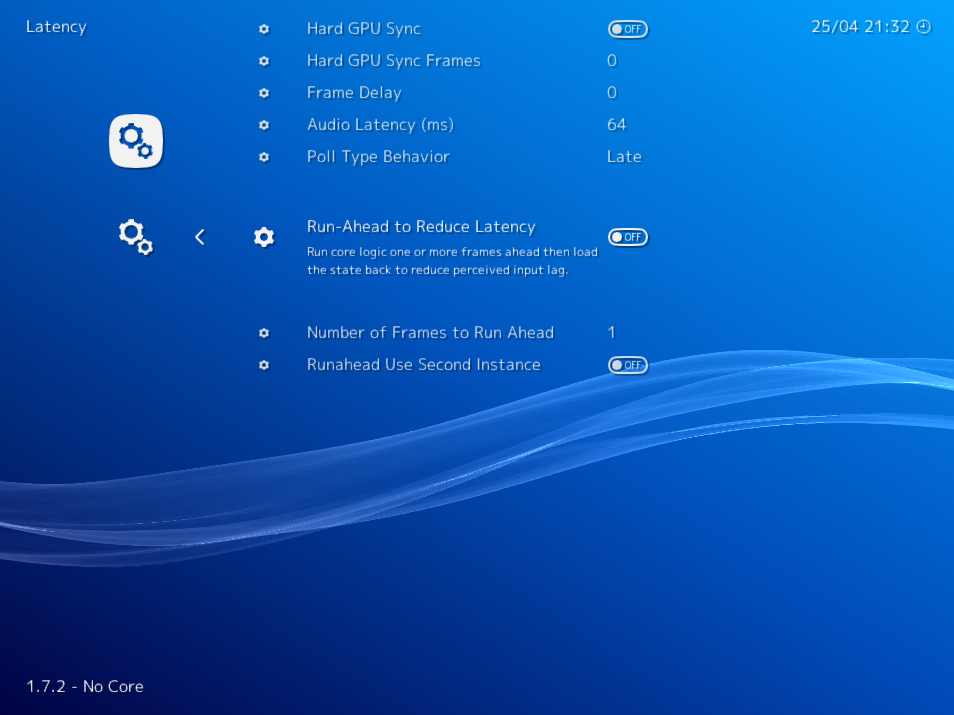 The setting ‘Run-Ahead to Reduce Latency’ is what you want to enable. From there on out, you can specify the amount of frames that you want to run ahead. Be advised that how well this will work with the game in question will depend on the game’s built-in amount of lag frames, so experimentation is key here.

Be aware that this method is highly resource intensive. The higher the number of frames you are going to run ahead of emulation, the higher demands it places on your CPU.

We hope you will look forward to this feature and tons of other exciting changes that will be packed into RetroArch 1.7.2! Playing Super Mario World and other SNES games with their built-in 2/3 frames of latency removed is definitely a game changer and will hopefully breath fresh air into these old games.

If you would like a technical breakdown of this method, read this post here by Dwedit, the author of this method (incidentally, he also made PocketNES a long time ago, a NES emulator for the Game Boy Advance which was a big breakthrough back in its day).